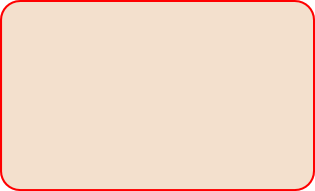 Typical hexagon jaws will give approximately the same degree of wrap around as using the standard jaws alone. This could though be increased a little by using a larger hexagon. However, for much greater wrap around auxiliary jaws as shown in Sk. 7 are probably the best option. As the diameter being gripped will invariably be greater than that produced by the three fixing screws the jaw's thickness will have to be sufficient to allow for machining a number of times before the head of the fixing screw becomes a problem. They are obviously something to make only if you see a need for them.

As already mentioned, using soft jaws conventionally, that is machining them directly rather than using an hexagonal add on, eventually so much material will be removed that they cease to have any life left. Even so, as the jaws still have their main features, being a good fit in the chuck and the teeth on their base they can easily be refurbished to give them more life, see Sk. 8.

Having dealt with the basic facts of using soft jaws I realise that there will be many viewers with elderly chucks, probably of unknown origin, who will be unable to benefit from the article unless they make their own. This I feel is more of a time consuming task rather than a difficult one, but for the viewer who likes a challenge then see my page on Making Soft Jaws